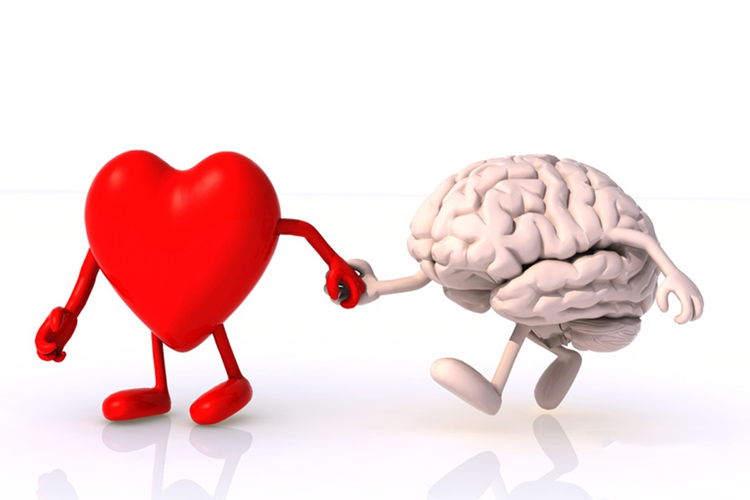 We’ve existed for 20 years out of which I have been back to Austria for 14 years straight, to share the sacred dharma.

I’ve experienced so much during the last years! My encounters are as manifold as an onion has layers. We invited some teachers and masters and met many people. And I keep noticing that which is called Buddhadharma in Austria, peripherally.

My dear friends, the true Buddhadharma is rare. As rare as a double rainbow. As far as we are concerned here, we seem to be dealing with a huge variety of the most differing offers. When it comes to Austria, we seem to be experts in the founding of organizations. It appears to be one of my fellow countrymen dearest hobbies. These days, everyone is entitled to found a more or less mellifluous, perfectly well selling, marketing and PR suffused organization, no matter which, if ever any content is connected with it at all. It seems to me people are just being listened to, then found out what they want and what not and then both form and content, if ever present, simply adjusted to the likes of the crowd and “politically corrected” to generate numbers of followers. And then there are those who simply take great masters’ names and/or their activity denominations and hence suggest having been authorized by certain masters in order to legitimize their very doing.

Another option is that the Buddhadharma with all its continuative teachings is turned into a business for all those prepared to deeply dip into their pockets, advertised in high glossy folders in bulk mails or completely changed, freed of its sacredness and turned into a latter-day cult-like movement. Or, one can easily log onto a website, pay a considerable fee and study the dharma without ever receiving any transmission from an authentic teacher of an intact lineage, let alone help along the way, being told the Buddhist basic knowledge in an agreeable speakers’ voice New-Age-style, buy practice texts on the net without having to disclose if one is entitled to receive those after all. When there is no way forward the “exotic” factor still works. People from far away Tibet or Westerners who are more Tibetan than Tibetans themselves with earrings, long hair and exotic shawls, that gets “ohs”.

Everyone can talk him or herself up as a “teacher” here and even be legitimized by a greater organization! And the crowd is satisfied dealing with a legally correct undertaking, not only that: with a governmentally approved organization! For we have to grow the number of registered Buddhists by all means to fight other faiths and for as long as it is not a religion since Buddhism is a philosophy of life! The internet is being spammed by the most unbelievable posts on discussion forums about the Buddhadharma.

When it comes to the sacred Vajrayana, oh my God! It is as if we were asked to conceal the fact we have devotion to the Buddhas and Bodhisattvas and aspire to become Buddhas ourselves. Compassion, well that may be the maximum of what people seem to accept but only if it serves the (ego) purpose. And in the light of recent allegations, how can a progressive Westerner be taken in by misogynic hocus pocus, after all?

When it comes to the sangha – I mean the real sangha and not members of any organization it is pretty disenchanting, both in the East and the West.

Those calling themselves dharma students seems found themselves a new, exotic obsession to consume and traipse round courses by those bearing long titles in the way one books a course at the adult education center in order to then stick a new feather onto the already more than colorful and spiffed up hat. Dharma, I hardly discover: the heartfelt resolution to labor for the ultimate wellbeing of living creatures.

I dread all that. And I am not talking down to you from a high pedestal in a detached way, I am one of you. I have no other words to describe it. When I decided to request monastic precepts 20 years ago I went before my teachers putting before them my heartfelt ply for clarification. As you know I was still married at that time, quite successful in business in the media fields but the much-quoted vocation that had accompanied my whole life kept me fast in its grip. I pleaded ardently with my teachers to tell me if I was just about to “go on a trip” like many Westerners seem to do or if any benefit for anyone were to arise, were I to dissolve my marriage to become a nun – in spite the fact that everyone around me just hated only the thought of it. My teachers were clear. It were to bring benefit.

I love the dharma. It is my life force, my blood, my heart, all I ever looked for without even knowing that such beautiful thing ever existed. I detest politics in the dharma and all that has to do with it. All this lobbying, mobbying amongst and even within organizations. Truth is being organized to death, suffocated in endless clubmen meetings. So long as the legal protocol is being observed. Tough luck – no time for practice left. But one does just everything for “Buddhism”! I dread even the thought of it and I can’t help but think of the prophecy saying, “Dharma will not be destroyed from outside but from within.” I dedicated my life to the practice of true dharma. To do all I can to let this truth, this preciousness coming from the heart arise from within.

As you know I was allowed to enter the traditional three year retreat only shortly after my first monastic ordination. When I decided to become a nun I was confronted with the decision whether to do things intellectually or practically. As I was sufficiently intellectual in my early 20s, had renounced the worldly to the best of my capacity and truly wanted nothing but to practice, the decision was made to let go of studying philosophy and hence profoundly learning the language, instead preparing for real practice. And on top, I had turned into a seriously practical person having had my theoretical, philosophical university flights of fancy when I was young. Most importantly, my Guru speaks perfect English and I had always received all instructions from him in English. So I really did not need spoken Tibetan and since I detest gossip I had no particular desire to get fit for the never ending gossip, in any language.

In order to do the three year retreat, one has to be able to read Tibetan proper in order to work with the original material. Many of you know that languages come easily to me. All the languages I ever attended to, were learnt quite fast. I taught myself written Tibetan, including writing styles. Since I spent three years in silence, again, there was no need to speak Tibetan. And straight after the conclusion of the retreat I was in action again and there was even less time to make up for that. In the beginning I really suffered from it. Guess that is my huge ego, especially when it comes to languages. And if I look at my daily routine now it seems there will never be time to fulfill one of my fondnesses, language, particularly Tibetan really satisfyingly inspite of translating Tibetan liturgies and things I practiced and received transmission for. Yet, my ego still rebels greatly. I just love languages even though having not used them long time, most of it is gone. I love to paint with words, sounds, and the pictures they invoke in the hearts of beings, all of that.

That gave rise to suspicions, rumors and malice of all kinds. In the East and the West. A lama (really?) with some responsibility, for goodness sake, a Westerner. The overkill, a woman! How dare she do what she does. Maybe she just made up her “responsibilies”? Besides all: One had been a Buddhist for 30, 40, 50 years or had concluded the three year retreat long before her or the own organization had existed much longer. And on top of that, seriously! A Lama is a Tibetan male. But one was by no means racist or misogynistic; on the contrary one had always supported women in the dharma.

Many people obsessively sought me just because I am a woman. But not for the dharma. Some wanted to read me as feminist, turn me into a new-age libber. Some expected it seems, to gain some kind of legitimation from me. Some because they like playing games and so much more. Few sought the dharma to follow the path out of samsara.

I am telling you all that so you understand that dharma does not equate with illustrious unions, the consumption of higher teachings and that the mastering of the language does not mean the dharma’s internalization. You neither need to learn Tibetan (if you can, that’s truly wonderful!) or become Tibetans nor members in promotionally effective societies and organizations in order to practice, even if you are a monastic. I mean it. Also, you don’t have to flood social media with dharma entries in words, sound and picture. On the contrary. Give your heart to the sacredness within.

I love the dharma and “by chance”, I happen to be a woman, born in Austria and grown up there. I love our lineage and accept my flaws. But I do not accept to consciously shorten the lifeline of the Buddhadharma through my activities for only one single minute. My heart belongs to all sentient beings.

I beseech you to be uncompromisingly so in the matter.