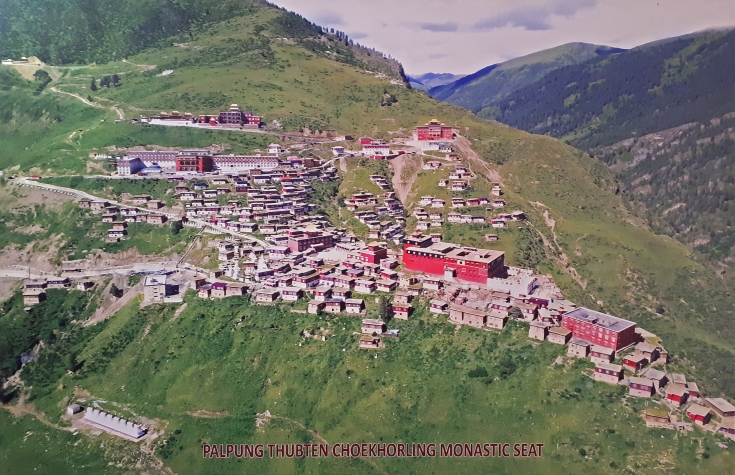 Guru Rinpoche once blessed a total of twenty-five sacred places in the Do-Kham area and Palpung was one of these wonderful sites. It was referred to as Deva Koti Tsanda Rinchin Drak. Jetsun Marpa also prophesied the special qualities of this place and said that it would be the source of much dharma where the Kagyu lineage would flourish. Palpung literally means an auspicious land abundant in wealth and elites. With beautiful mountains rounded, a tale regarding the surroundings of Palpung said that it resembled “three elephants playing in the water” to describe Palpung’s special landscape. 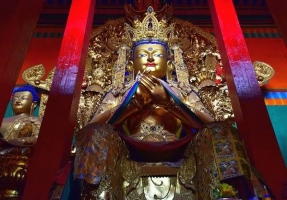 In 1727, Guru Vajradhara H. H. The Eighth Kenting Tai Situpa Chökyi Jungne, when twenty-eight years old, started to build Palpung monastery under great support from the ruler of Derge. The whole monastery was completed in two years including a shrine hall and 25 dormitories for the monks. It goes without saying that the Eighth Kenting Tai Situpa and his following incarnations became the root guru of the sucessive rulers of Derge. 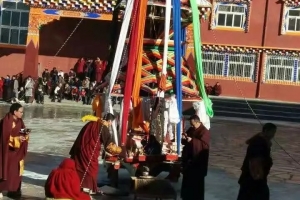 In 1927, Guru Vajradhara H. H. The Eleventh Kenting Tai Situpa Pema Wangchog Gyalpo extended Palpung monastery by enlarging its main hall, renovating the lower retreat center, and establishing a shedra and a sutra-printing house. The second Jamgon Kongtrul Rinpoche added an annex to the upper retreat center and built an additional sutra hall. By the year 1959, there were at least one hundred and eight branch monasteries of Palpung and many other assets such as tea gardens, farmlands, salt pans, livestock and pastureland. 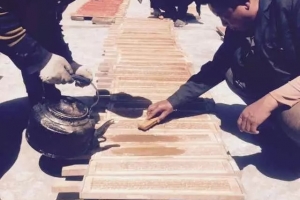 Around 1981, the governor of Sichuan authorized the preservation of some Tibetan Buddhist temples. Palpung was one of these. In 1983, reconstruction of the lower retreat center was undertaken. In 1984 Yeshe Jungne, the retreat master, led a three year and three month retreat with nineteen lamas for the very first time after decades of instability. In 1987, the upper retreat center was completed. 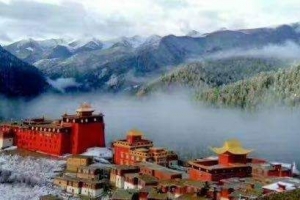 At 3950 meters above sea level, the main monastery of Palpung has an extraordinary structure with a main hall as tall as forty meters high. It is said to be the second largest standing traditional Tibetan building, and is locally known as the “Little Potala Palace”. The building combines characteristics from the local inhabitants, and displays a variety of local paintings and sculptures. For centuries Palpung cultivated the work of many renowned Buddhist masters preserving many historical, scientific and art collections.

Buildings in Palpung remain under re-construction at a slow pace due to limited funding. Because of the uniqueness in its architecture and preserved collections, Palpung monastery has been classified among the world’s one hundred historic monuments in urgent need to be restored by the World Monuments Fund. At present, there are about two hundred students in the Palpung monastic college and forty to fifty monks in retreat. There are also about 300 monks performing rituals and others residing in the scattered neighborhoods.