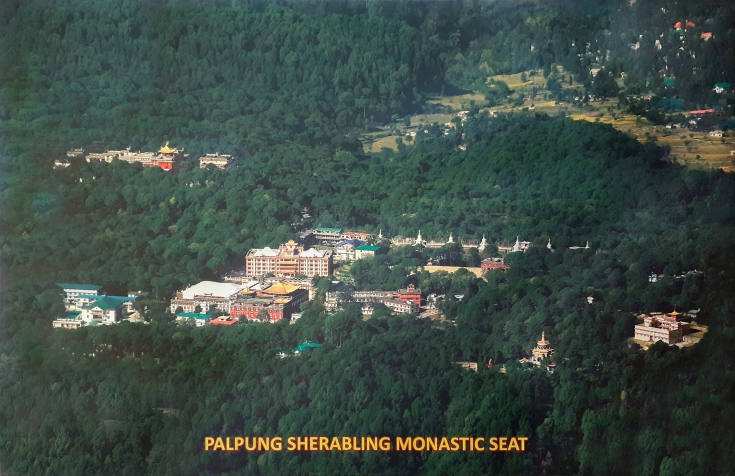 In 1975, Guru Vajradhara H. H. The 12th Kenting Tai Situpa’s disciples from Derge and Nangchen region who settled in Bir, Himachal Pardesh Northern India, offered a protected pine forested land located in the foothills of the Himalayas. Here His Holiness started to establish Palpung Sherab Ling, which later became his seat in India. The building was designed by Guru Vajradhara H. H. Kenting Tai Situpa, and is built of modern materials and finished in traditional Tibetan architectural fashion. The concept of the design follows the ancient science of geomancy. 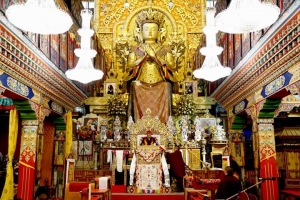 Palpung Sherab Ling cultivates and preserves the artistic lineage of the Palpung tradition. The monastery, only a few miles from the nearest town, retains its calmness and isolation.

It has 250 monks’ quarters, accommodating over 500 monks, three shrine halls, six shrine rooms, and all of the traditional and modern monastic features. Palpung Sherab Ling also has Naro Chödrug retreat houses for monks and nuns, a Nigu Chödrug retreat house and individual cabins for lay practitioners. 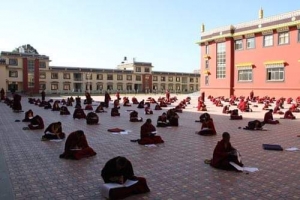 Further, there is a primary school for more than 250 kids, a university for higher Buddhist studies for more than 250 students, an arts and handicraft center, a health center and home for the elder with a small hospital, a mandala temple, the international Buddhist Institute for foreign students from all over the world, a guest house, the stupa temple with relics of Guru Vajradhara H. H. The 8th Chamgon Kenting Tai Situpa and various sets of eight stupas commemorating the eight important steps in Buddha Shakyamuni’s life. 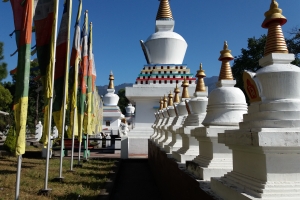 Palpung Sherab Ling is situated in the gentle pine forested foothills of the Kangra valley. The thirty acres of land are formed by three south sloping ridges. Most of the buildings of Palpung Sherab Ling are located on the ridges of the hills or in forest glades as not to destroy the growth of trees and plants for the future. 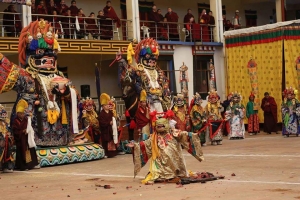 Chamgon Kenting Tai Situpa is progressively developing Palpung Sherabling according to his ideal: from an ordinary point of view, to build a seat for the lineage of a great master; from a more profound level to establish a place to display and maintain the culture and lineage of Tibetan Buddhism and a place to educate masters of the next generation.

From the foremost and most profound level, to transform this pure land into the Wisdom Deities’ Mandala.