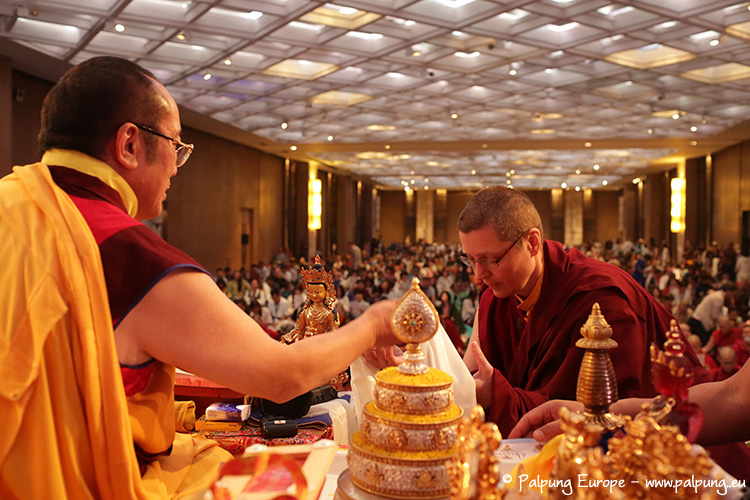 Since then we have been striving to set up a spiritual home for all those who feel connected to our lineage and who would like to meditate and practice in order to follow our great enlightened masters’s example such as Marpa Lotsawa, Milarepa, Je Gampopa and the successive incarnations of H. H. Karmapa and Guru Vajradhara H. H. Chamgon Kenting Tai Situpa.

After having completed the traditional three years’s retreat in 2004 Guru Vajradhara H. H. Chamgon Kenting Tai Situpa sent Chöje Lama Palmo to Japan and afterwards, following requests from practitioners, to Austria to start her activities there.

In the course of her stay in her mother monastery Palpung Sherab Ling in India, March 2005 Lama Palmo met Guru Vajradhara H. H. Chamgon Kenting Tai Situpa a couple of times during audiences when plans for a center in Austria were precisely talked through. 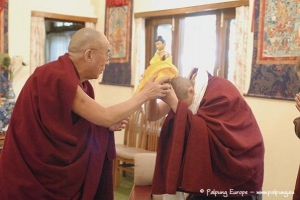 In 2007, the name for Lama Palmo’s activities was changed to Palpung Yeshe Chökhor Ling Europe by Guru Vajradhara, plans and Lama Palmo’s responsibilities newly talked through. Rinpoche appointed her teacher in residence.

In 2010, the completely run down house in Purkersdorf could be purchased which then was planned through, changed, adapted and renovated by Lama Palmo together with her students.

2014 the property in Langschlag was purchased and the existing living quarters straight away renovated. Adaption of the farm into a retreat institute is currently underway.

Our City Institute
in Purkersdorf

Our Retreat Institute
in Langschlag