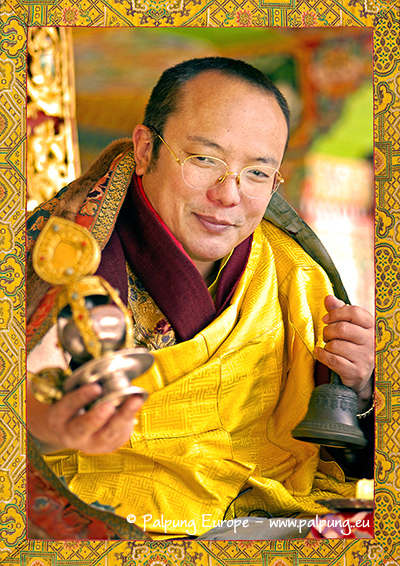 The lineage of H. H. The Chamgon Kenting Tai Situpas starts with the Bodhisattva Maitreya who was a direct disciple of Buddha Shakyamuni. According to the sutras, he will become the future fifth Buddha in around 2 million years.

Chamgon Kenting Tai Situ Rinpoche has throughout the centuries appeared as many realized masters, Indian and Tibetan Mahasiddhas. Amongst the most known are Guru Rinpoche who brought the Dharma from India and firmly established it in Tibet in the 8th century.

Further  Lord Marpa, Lord of all Yogis who deeply rooted the Kagyu lineage from India in Tibet. This is why Kagyu which reached us through this line of enlightened masters is actually called Marpa Kagyu.