Buddhism are both the precise means and methods tranmitting the theoretical foundation (philosophy) and practical means (practice of meditation) for practitioners to attain personal and absolute freedom of mind, to finally become Buddha themselves.

How is Buddhism structured? 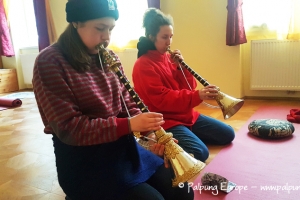 Uncountable lineages and traditions co-exist in Buddhism. However, there is no historically grown, hierachic overall structure. Each lineage and congregation is self-organised. There is no Head of the entire Buddhism. As for Tibetan Buddhists worldwide, we consider H. H. Dalai Lama as embodiment of the Buddha of Compassion, Avalokiteshvara or Chenrezig. In Austria, all Buddhists freely consolidated into the ÖBR umbrella organisation

Is Buddhism a religion?

In reality it is neither religion nor it is not. It finally transcends all terminology. The master guides the practitioner step-by-step along the path to the final aim. Many connote spirituality with the dichotomy of “religion” versus “daily life” whereas in the Buddhadharma we learn that everything is connected, interwoven and pervaded with everything. Practitioners do not create their parallel world to temporarily dive into in order to return to their “normal daily lives” but learn to step-by-step let the Buddhist view, Buddhist meditation and Buddhist conduct pervade their daily lives.

How to become Buddhist? 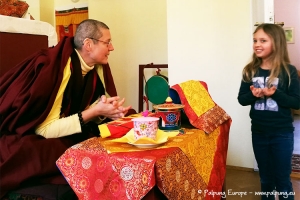 Through the so-called refuge, a ceremony conducted by a master of an authentic lineage of Buddhism. We decide to actively follow Lord Buddha’s path which in return means to become Buddha ourselves, to attain the state of complete freedom of mind and a fully awakened heart.

How long does it take to become a Buddhist

You are Buddhist from the moment you receive refuge. From then onwards, you practice in order to become Buddha yourself and to follow Lord Buddha’s path actively.

Why do we need compasssion

Compassion is a central theme in Buddhism which teaches us to develop genuine, impartial compassion and based on that, bodhicitta, the wish to lead all sentient beings to attain enlightenment. By letting bodhicitta arise, strengthening and practicing it we ourselves, as kind of a side effect, experience contentment and happiness and enrich and deepen our own lives.

Do I  have to be Buddhist in order to learn to meditate? 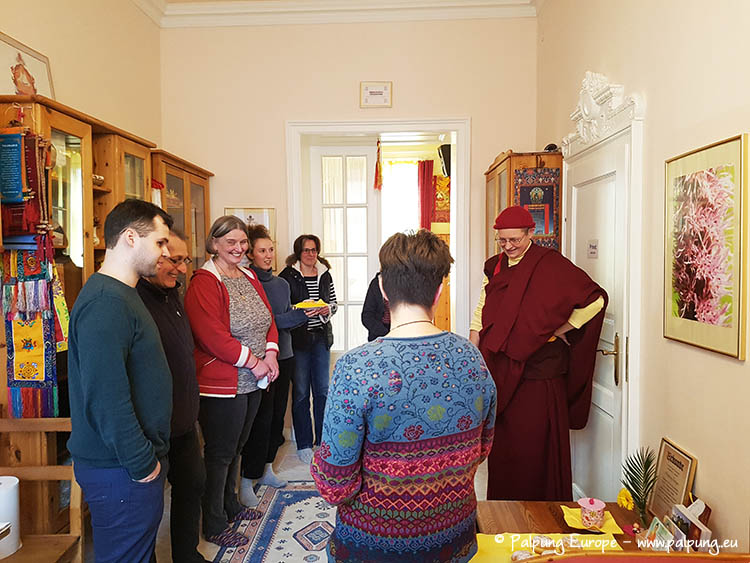 You may have any background whatsoever and come from all walks of life or follow whatever philosophy to practice the most basic mediation of Calming the Mind, led by Chöje Lama Palmo. This meditation is open to anyone and marked as such. All further teachings have special requirements to be viewed on the respective sites.

What or who is Palpung?

Palpung means Mount of Excellence. Palpung (tib.) means the accumulation of the best talents in many fields: meditation, ritual, astrology, philosophy, medicine, art, literature and so much more.  Palpung is a worldwide Buddhist lineage with its seat in Northern India, comprised of many hundered monasteries and branch institutes. Its Supreme Head is H. H. Chamgon Kenting Tai Situpa. The lineage is as old as is Buddhism, i. e. 2600 years and since Buddha Shakyamuni‘s time. The Tibetan Palpung Monastic Seat per se was founded in 1727.

What is Palpung Europe 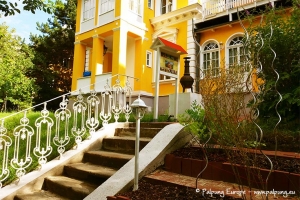 Palpung Europe is the European Seat of the Chamgon Kenting Tai Situpa and Palpung lineage, was established by Chöje Lama Palmo in 1997 and is organised as non-profit society in Austria to bring peace and harmony into the world.

What does Chöje mean?

(tib) Chö means dharma and Je master, hence master of Dharma with a particular responsibility in both area and content, i. e. the authentical preservation and passing on of the lineage of Buddhadharma.

What is a Chöje Lama?

A Chöje Lama plays a specific role in his/her lineage that is both areal and spiritually far reaching and copious with a clearly defined sphere of activity. It is no title of an office nor a position within an organisation, rather describes a very particular responsibility for and within the lineage.

Who is Chöje Lama Palmo

She established Palpung Europe. In her worldy life she was media expert. She was appointed Chöje Lama in 2013 by her lineage by H. H. Chamgon Kenting Tai Situ Rinpoche and hence her responsibility was extended and sealed. She is here in place of and for the Palpung lineage and its Supreme Head, H. H. Chamgon Kenting Tai Situpa and Head Lama of The European Seat of The Palpung lineage.