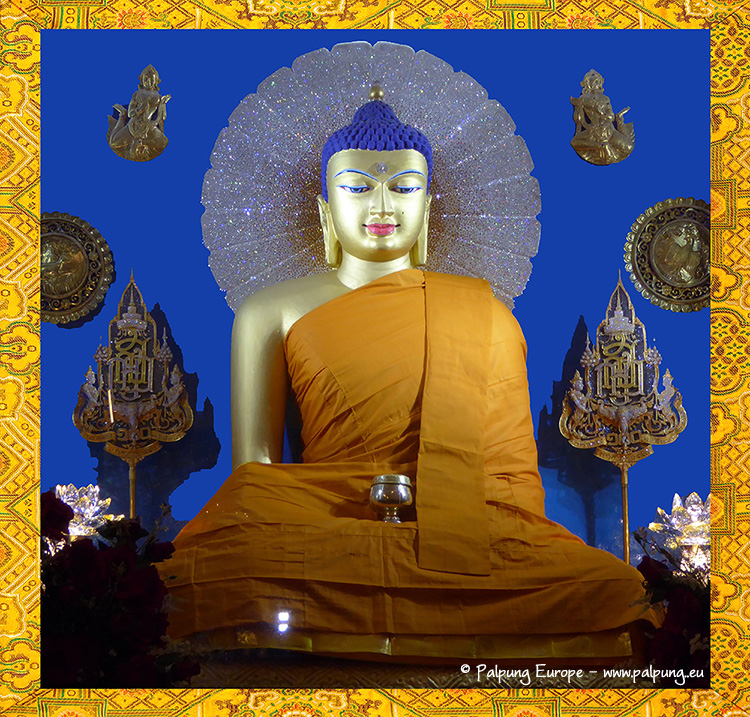 What we nowadays call Buddhism which Buddhist call the Buddhadharma, can be traced back 2600 years to Prince Siddharta in India. For the benefit of all sentient beings, he renounced princehood and began to search for the truth of all being, the end of all suffering for the sake of all living creatures.

On his search he met many  people involved in spiritual practice. He recognized that the path they followed could not lead to the ultimate goal. So he entered a solitary retreat and practiced until his mind had fully overcome all extremes. Finally he attained the state of mind which is known as enlightenment or Buddhahood.

From then on known as Buddha Shakyamuni, the Enlightened One out of the clan of the Sakyas, he manifested his all-tanscending and allpervasive wisdom for 50 year. All the means necessary to liberate from the cycle of sufferings, Samsara. That which we call Dharma.

Although very wide and comprehensive, both in scriptures and methods, Buddhism roots on the simple virtues of loving kindness and compassion to become more elaborate and deeper from Yana to Yana. Developing these virtues, peace arises in our mind continuum – peace for us, for the world, for all sentient beings.

Throughout the ages, Buddhism spread and reached many countries, taking on particular styles of life without ever changing in essence.What evolved were not the thousands year old teachings to attain the Absolute. That which changed the appearance of dharma was the respective cultural environment enrichting the teachings so they hence became part of a way of living.

Buddhism came to Tibet in the 5th century, tantric Buddhism or Vajrayana, in the 9th century with Guru Rinpoche, both from India.